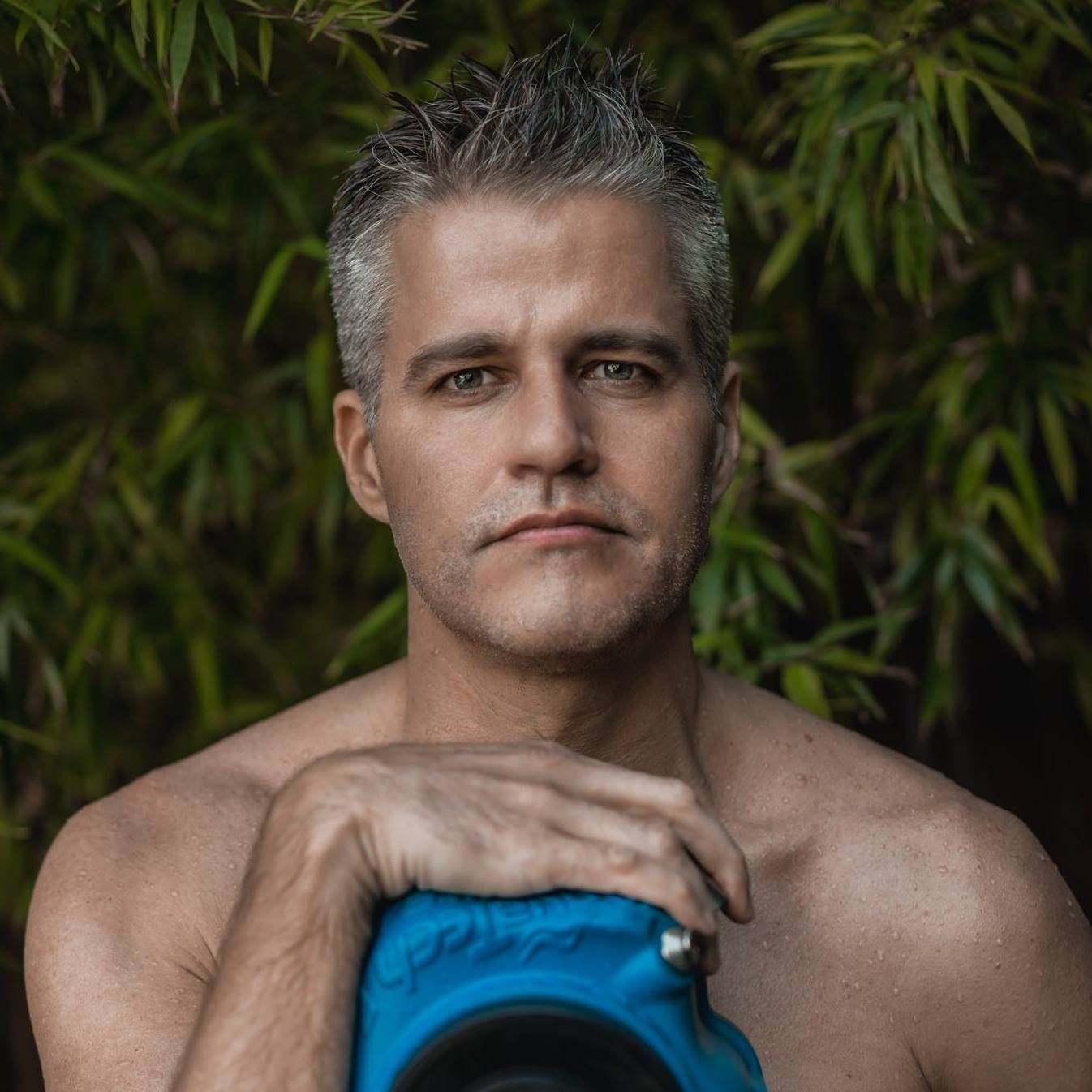 Lucas’ start in photography began by documenting the local surf scene on the Great Lakes. Always striving to master his craft, he was soon shooting classic surf breaks & surf comps around the world, but his creative heart was in the fine art underwater photography that he became known for.

Listen to Lucas’ interview on The Underwater Podcast 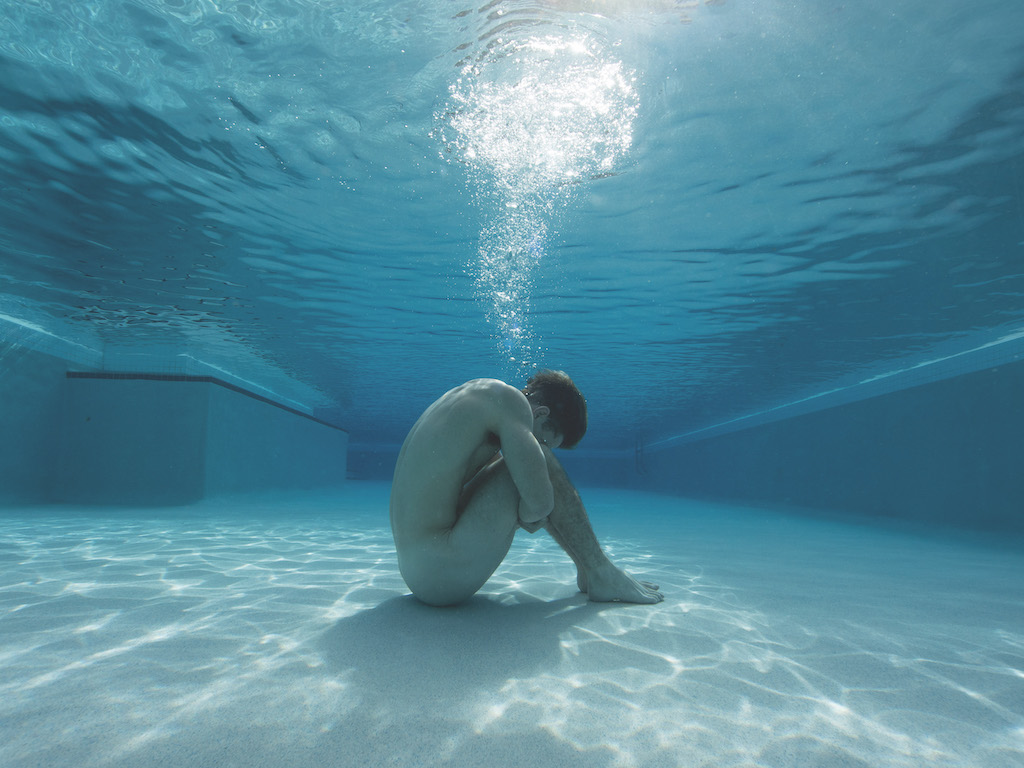 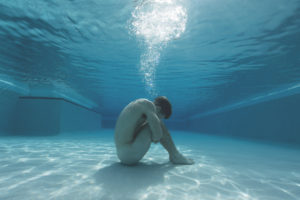 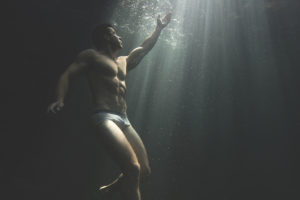 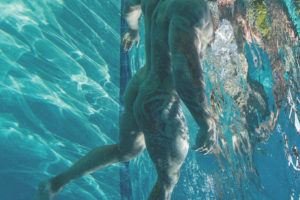 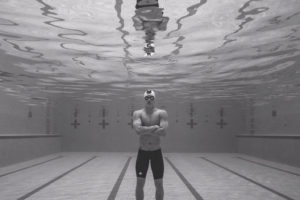 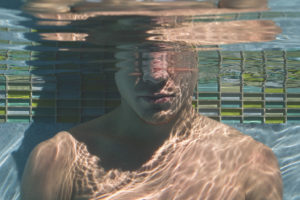 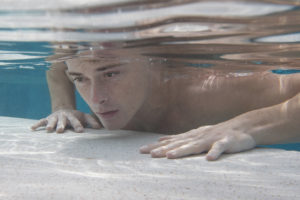 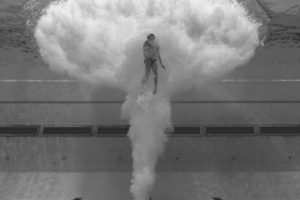 As an underwater fine art portrait photographer, Lucas Murnaghan had a talented eye for capturing the male body in a way that was at once flattering, idealistic, and romantic – there was an intimacy to his work that didn’t sexualise his subjects but gave them a life outside just pure nudity.

Lucas started in underwater by photographing his boyfriend Antonio as he was surfing. Lucas was a surfer himself but maybe enjoyed the water more than surfing and so he began to take photographs of the surfers.

As Antonio tells it:

“He became well known in the community. He was like the first surf photographer to get in the water here in Toronto, so people always got excited when Lucas was in the water because he would bring so much positivity. You know, people really embraced him as a surf photographer here, and that’s how things started.”

After Antonio had a spinal surgery and couldn’t surf, Lucas found another outlet for this newfound creativity in an invitation to photograph the local water polo team’s games. Once in the water with the team he started to see images that went beyond just capturing the teams playing, and he hired the pool after hours so he could explore the compositions he was imagining, images of the players as individuals – showcasing their physiques but also their own personalities as he saw them.

“And that’s basically how his photography changed course and, you know, he barely even shot surfing after that. He only got out when the conditions are perfect or when we’re traveling. He said, I know I’m really passionate about this underwater portrait work.”

After posting a few images to his Instagram things started to pick up, more opportunities came his way and he started working on a collection of images to exhibit and sell through the Surf Store that he and Antonio owned in Toronto, Canada. His work was sort after and in 2019 he published a collection of images called “Beneath the Surface”, a showcase of his underwater portraits highlighting the strength, beauty, and sometime fragility of the male physique.

In February 2021, while shooting big waves on Oahu’s North Shore, Lucas was diagnosed with a rare cholangio-carcinoma. He and Antonio returned to Toronto where he received treatment at Princess Margaret Cancer Centre before going home to be with his family – and on the morning of March 23, 2021, Lucas Murnaghan passed.

Antonio has taken up the mantle of keeping Lucas’ memory alive through his work and is currently combing through the photographer’s archives to create a posthumous collection of unseen work.

“I just started organizing his hard drives, but yeah, he’s got about five hard drives that are full with all the shoots he’s done over the last decade. I would say that I was there for most of the shoots, but I have only seen a small percentage of the photos he got because his process usually was that he would shoot and then he would select his top 20, and those were the only ones that he would show me”

Lucas Murnaghan will be missed, as a loving son to his family and as partner to Antonio, but also as a creative force who had an insight and a love of showing the male body with a vulnerablity that is rare in underwater photography.